Information About the North End of Brigantine 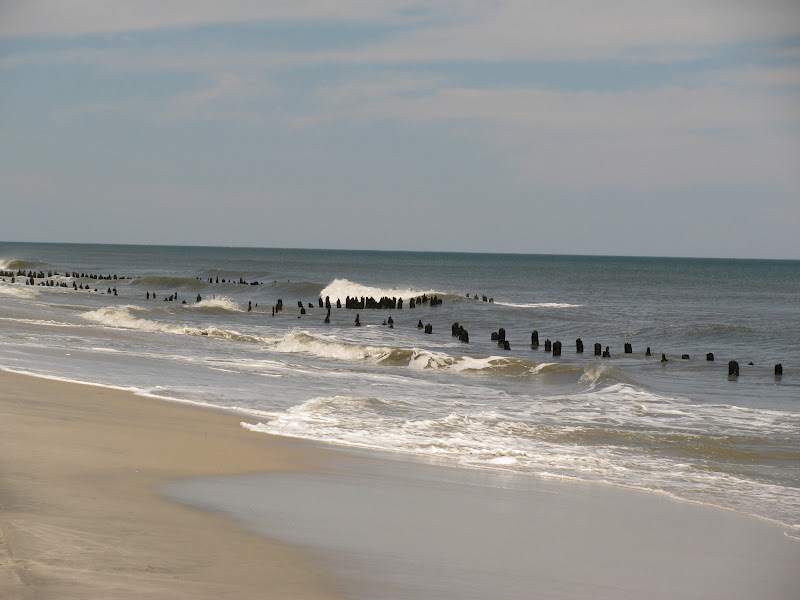 Who owns the “North End” of Brigantine?

The North End Beach is divided into two separate sections. After vehicles enter the beach at 15th Street North, the first 0.25 miles of beach heading north is owned by the City of Brigantine. The remaining portion of the northern end (about 2.75 miles) is owned by the State of New Jersey and is officially designated as the North Brigantine Natural Area. The New Jersey Division of Parks and Forestry administers the site through its office at Bass River State Forest. A sign indicating where the Natural Area begins is posted.

What is a “Natural Area?”

The purpose of the State’s Natural Areas System is to protect and preserve ecologically significant lands and resources found on them, including endangered and threatened wildlife and important vegetative communities. A specific set of rules aimed at protecting these resources governs state Natural Areas, however, the State is committed to providing public access when it does not conflict with the primary goal of preserving natural diversity.

Starting in 2018 to access the North end with a 4X4 vehicle you must first obtain a NJDEP permit.  Only 500 permits will be issued each year to fishermen ONLY.  Access is not allowed from May 15th to September 15th.  Go to www.NjParksandForests.org for application info. 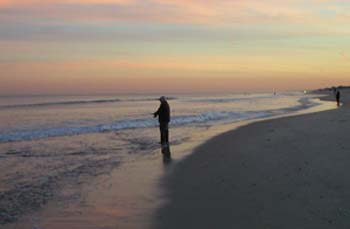 What is so important about this Natural Area?

Why are these species endangered?

The loss of suitable nesting habitat due to coastal development is the primary reason for the historical decline of the piping plover and other beach nesting birds. Human disturbance and predation enhanced by human activities now comprise the greatest threats to these birds. Human impacts, largely due to intensive recreational use of our beaches, can be either direct or indirect. Direct impacts include crushing of nests or chicks by pedestrians or vehicles. Indirect impacts stem from disturbance by people and their pets. Human disturbance causes adults to temporarily leave eggs or chicks, making them more vulnerable to overheating and predators and interrupts crucial feeding periods. Trampling by pedestrians and crushing by off-road vehicles also threaten sea beach amaranth. 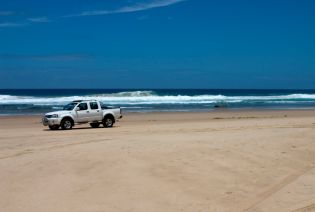 So, what does all this mean? Due to the presence of these highly imperiled species, the City of Brigantine, under the direction of the New Jersey Department of Environmental Protection, will close portions of the Natural Area to public access during critical breeding/growing seasons.

• Once piping plover chicks begin to hatch (usually starting about May 15) the portions of the beach where chicks are present will be closed to all vehicle usage. In some years, depending on nesting patterns, this may include the entire Natural Area. Pedestrian access will still be permitted along the intertidal zone. Some portions of the Natural Area will remain closed to vehicle usage until the last piping plover chicks are fledged (able to fly). This is usually about August 15 but can be as late as August 31.

• Some smaller sections of the beach above the intertidal zone may remain closed beyond August 31 to protect least terns, sea beach amaranth or other critical species.

Who decides when and where these closures occur?

The New Jersey Division of Fish and Wildlife’s Endangered and Nongame Species Program, which acts as biological monitor at the site, determines the exact timing and location of the seasonal closures involving bird species. Since it is a federally listed species, closures for the piping plover are enacted in accordance with U.S. Fish and Wildlife Service recommendations. The New Jersey Office of Natural Lands Management makes recommendations at the Natural Area with regards to sea beach amaranth following federal guidelines.

Can I walk my dog at the Natural Area?

Dogs or other pets (either leashed or unleashed) are not permitted anywhere in the Natural Area from April 1 to September 15 because they pose a significant threat to adult and juvenile piping plovers and disrupt their nesting activity. During other times of the year, pets are permitted but they must be leashed. Please note that leashed pets are allowed on the City-owned portion of the northern beach on a year-round basis.

Is there anything else I need to know about the Natural Area?

Anyone entering the Natural Area must obey all signs, especially those restricting access. Do not enter fenced or posted areas under any circumstances, including when high tides make vehicular or pedestrian access difficult. New Jersey State Park Rangers and City of Brigantine Police Officers patrol the area and enforce its rules and regulations, as well as provide information to the public.

Little Beach, the small island visible from the tip of the north end is believed to be the last uninhabited barrier island left on the U.S. Atlantic coast.  This island is off limits and only accessible by researchers who must apply for a federal permit.